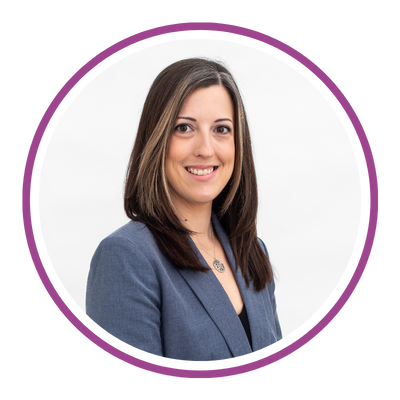 Katie Aldrich is the Director of Program & Coaching Strategy at Fringe PD, whose mission is to help people communicate better and create more human workplaces.

If you’re a manager of people, you’re probably spending a lot of time thinking about giving feedback, actually giving feedback, and dealing with the aftermath of that feedback. But how much time are you spending asking for and getting feedback about yourself? How often are you getting valuable nuggets of information to use towards your own professional development? When was the last time you sought out constructive feedback from someone on your team?

The challenge with gathering feedback as a leader

It often seems easier to take the path of least resistance by not asking for feedback and instead hoping that if somebody has something to say, they will come to you with it. As a matter of fact, I’ve heard countless leaders say, “I have an open-door policy; please come to me with any feedback!” But if you’re one of those people, be honest; when was the last time someone came to you with something you didn’t want to hear about your leadership skills?

We know that feedback is a key piece of continued learning and development, but that doesn’t stop being true once you become a manager. Many folks find themselves leading teams without having any experience as a people manager before – we sort of assume that we’ll figure it out as we go. But management is a skill just like any of the substantive skills that got you to your role. And just as I’m sure you needed feedback to improve your substantive work, you need feedback to improve as a manager.

But for all of those folks with “open-door” policies who aren’t hearing any constructive feedback, don’t mistake that silence for positive feedback. Just because folks aren’t coming to you with feedback, or they’re only bringing positive feedback, doesn’t mean you’re hitting it out of the park. In fact, silence can be a sign of a problem.

If you’re not getting the constructive feedback you need, here are a few things to consider.

No one knows that you want feedback.

We don’t get things that we don’t ask for. And a general “let me know how I’m doing” thrown out at the end of a team meeting does not count as asking for feedback. If you want useful feedback, you have to ask for it specifically. Is there a particular management skill you’re looking to improve? An area where you have a sneaking suspicion that things could be going better? Ask about those areas directly. Ask for one thing you’re doing well and one thing you could improve. If you use these prompts, the chances that you’ll receive actionable feedback are significantly higher.

People are scared to give you feedback.

Think about the most intimidating boss you’ve ever had. What would you say if they asked you how they were as a manager? If you’d be 100% honest, even about the bad stuff, you’re a unicorn. Most of us aren’t going to tell the person responsible for our professional lives that we think they need to do a better job. The fear of retaliation is real. So if you’ve asked for specific feedback and are only hearing the positives, it could be that folks feel uncomfortable giving you bad news.

What to do? First, get some feedback! While it might seem counterintuitive, the best way to get people to feel comfortable giving you feedback is to keep asking. The more they see that you really care and are taking this seriously, the more willing they might be to tell you the truth. Second, be vulnerable! Let the people know the areas you’re working on, and demonstrate that you’re willing to listen to feedback by staying calm and composed when you receive constructive feedback.

Lastly, do better! Show that you take feedback seriously by changing your behavior for the better. When folks see that you’re willing to change, they’re more likely to help you in that process by giving you honest feedback.

It is possible that you’re an amazing leader, and there is nothing that folks think you need to improve. But you won’t know that until you’ve done the work: asking for feedback, demonstrating you’re open to the constructive, and changing your behavior in response to that feedback. If you’ve done all of that, and you’re still only hearing positive feedback…well, there’s still more work to do. If we aren’t working toward something, we can grow stagnant, so set some professional development goals that will keep you motivated and energized. Just because your management skills are working now doesn’t mean they will forever, so don’t get complacent.

Getting feedback as a manager is essential for growth and development. If you don’t ask for specific, actionable feedback, it’s likely that your team won’t give it to you, either out of fear, respect, or just not having it top of mind. This is one area where silence isn’t golden!

If you’re looking to improve your leadership skills and feedback-receiving capabilities, consider investing in executive coaching and feedback training. With the help of a professional coach, you can learn more about how to ask for feedback, receive it constructively, and make meaningful changes based on that feedback. Investing in yourself is one of the best ways to ensure continued growth and professional success. Schedule some time with us to learn more about how executive coaching and feedback training can help you advance your leadership skills.

The Latest From Fringe A Chat with Expert: Michael Bloom 💬

We are excited to share with you another in our series of fantastic conversations with organizational development leaders we admire! Who doesn’t love a good Teamwork Makes the Dream Work: A Guide to Inclusive Leadership

Take a second to think about the different teams you’ve been a part of at work. Chances are some were great – you loved working

A Chat with Expert: Jeena Cho💬

We are excited to share with you another in our series of fantastic conversations with organizational development leaders we admire! Who doesn’t love a good